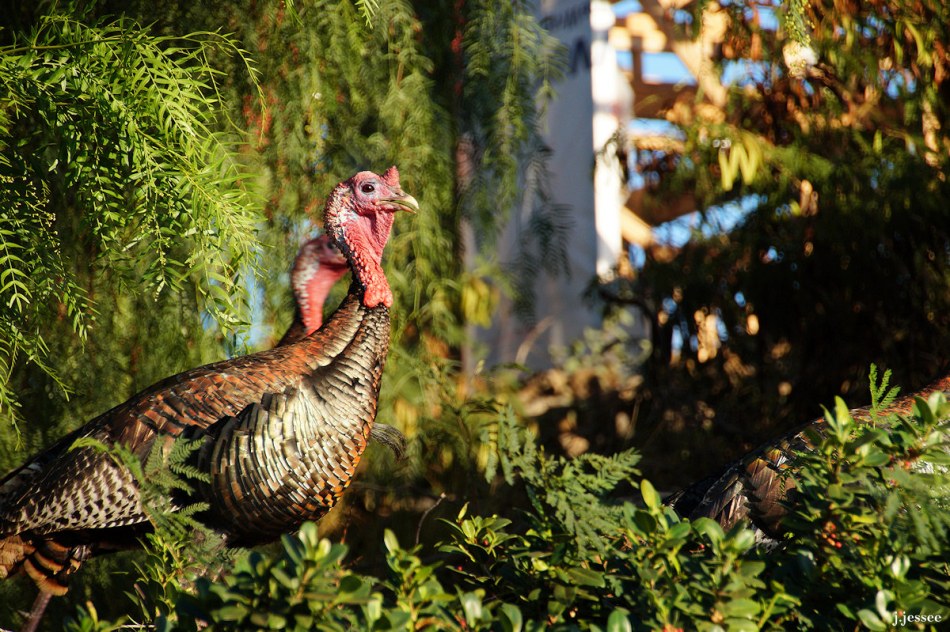 There are tons of wild turkeys on the Big Island of Hawaii!  They roam the golf courses and lava rock fields searching for insects, lizards, seeds, berries and anything else that’s edible and relatively small.   It’s a lovely thing to see.

The Wild Turkey evolved in America and was domesticated by Native Americans.  In the early 1500s turkeys domesticated by the Aztecs were taken to Europe and interestingly enough, their descendants were brought back to America by the pilgrims who soon found out their indigenous neighbors were raising them too.

They spread to China and in 1788 they were introduced from there to the Hawaiian islands. Over the years, more have been released, whether purposely or not, by ranches and farms and perhaps by people who wanted to hunt them.  Currently you can hunt them on the island along with pheasant, doves, francolin, quail, as well as introduced mammals such as goats, sheep and boar.

Turkeys especially prosper on the Big Island because of it’s dry grassy sloping landscapes, and as you can see, they seem right at home. 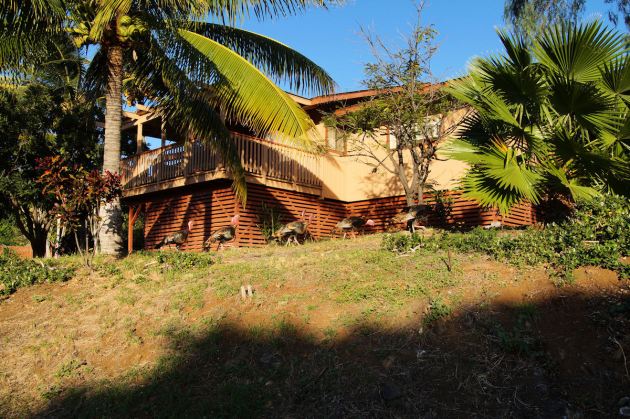 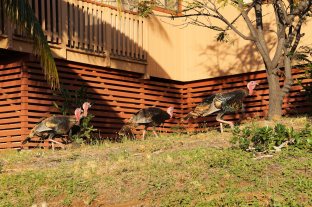 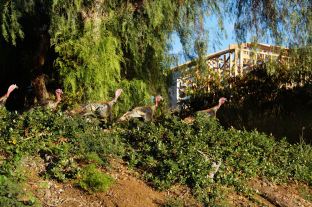 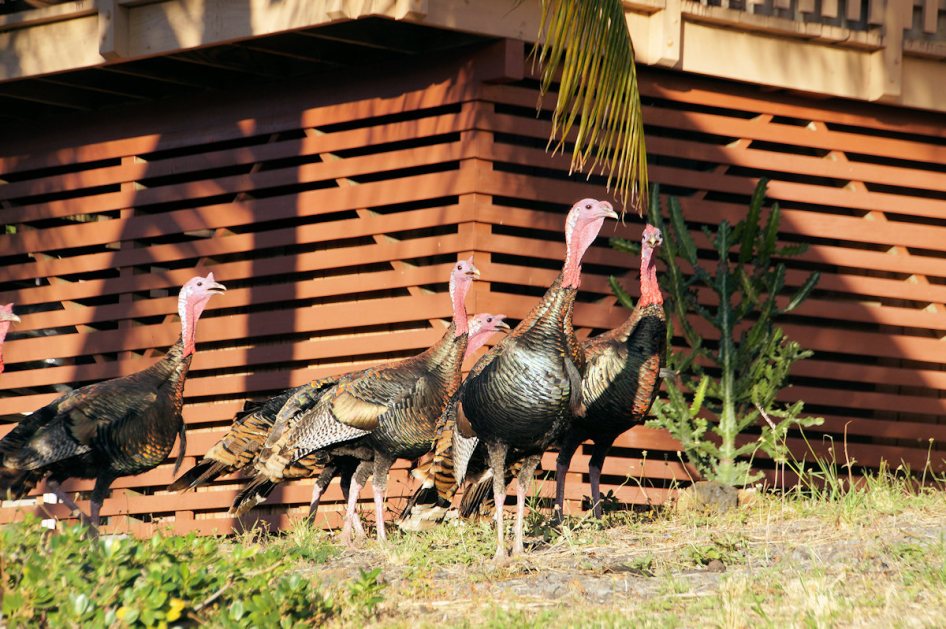