Last summer my husband and I were able to take a 3 month trip from Texas to Alaska.  We spent most of our time in New Mexico and Colorado, in May, and both of those states provided some amazing birding.

Salida, Colorado was a birding bonanza:  Frantz Lake along the Arkansas River and the nearby Sands Lake (in the next post).

Frantz Lake is located on county road 154 near the Mt. Shavano Fish Hatchery.  Google Maps has it listed as “Franz” – a different spelling; I took my spelling from the sign at the lake.

County road 154 is a birding spot in itself.  Mountain bluebirds and tree swallows nest in the birdhouses that have been erected along the road.  Canada geese and mule deer abound.  *Click on the first image below and scroll to the right to view a larger image and see captions.* 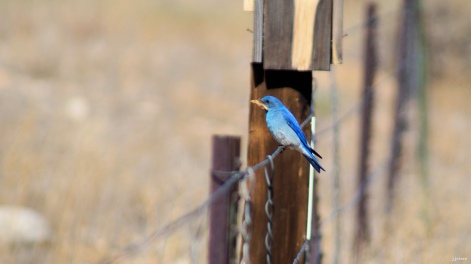 Male mountain bluebird with a large grasshopper-like insect in his mouth.

Female mountain bluebird grappling with a caterpillar on a birdhouse along county road 154 near Salida, Colorado.

Female mountain bluebird with a caterpillar.

Mule deer and Canada geese in a field off county road 154.

Frantz Lake itself is a nice little turquoise-tinted reservoir next to the Arkansas River.  Here I found 2 grebes, a western and a pied-billed, common mergansers, and white-faced ibises (a first!).  Along with Canada geese, blackbirds and mallards.

A flock of Canada geese on Frantz Lake.

The dock at Frantz Reservoir.

Overflow reservoir (?) next to Frantz Lake.

Common mergansers, and white-faced ibises in the background. 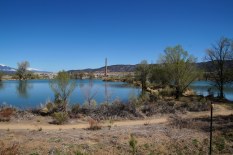 A little ways away, by the Arkansas River, a red-tailed hawk flew overhead and white-crowned sparrows were foraging and flitting around on the dirt trail.

Red-tailed hawk flying over the Arkansas River and Frantz Lake. 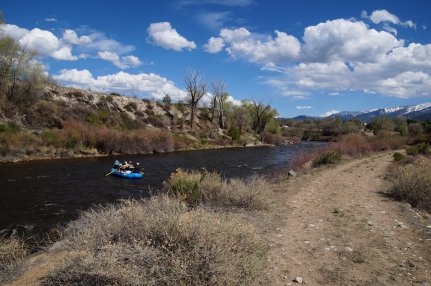 Rafters floating on the Arkansas River.

White-crowned sparrows near the Arkansas River. 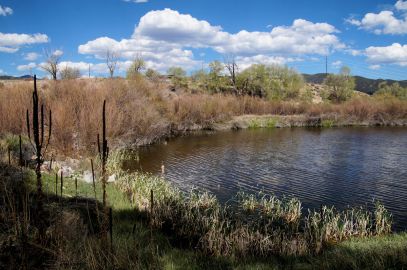 Wetlands near the Arkansas River.

Common mergansers flying away from the Arkansas River. 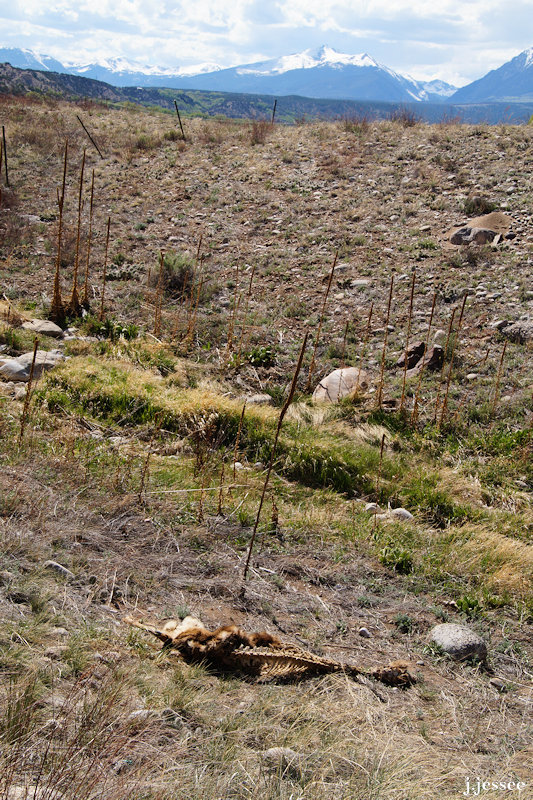 The carcass of a mule deer most likely, near the Frantz River.

(Some of these images are sized 1920×1080 so can be used for that size monitor, I kept the copyright small.  I like desktop wallpaper with a lot of blank space so it doesn’t feel cluttered and a couple of these photos work well for that.)

It snowed while we were in Salida in the middle of May – it’s at 7000 feet – but that was the day we were leaving and the sun came out just a bit later, so no harm done.  🙂  Thanks for looking!